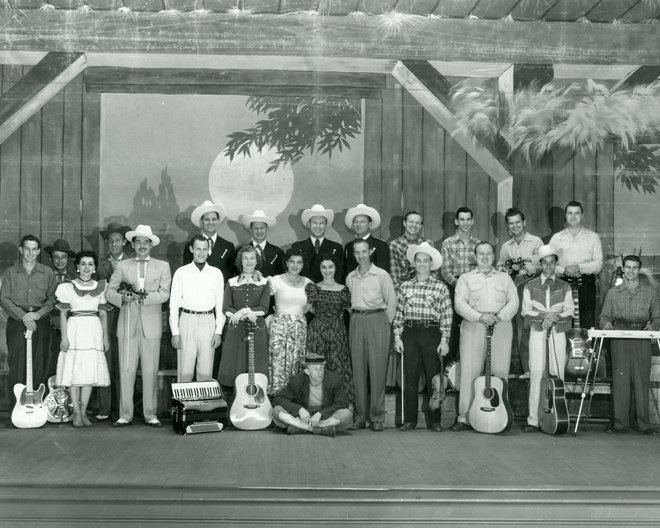 “Everybody get real comfortable, kick off your shoes, dance in the aisles,” Sunshine Sue would tell the audience at the Old Dominion Barn Dance. “And who knows? You might get lucky and get a better pair when you go home.”

“The Barn Dance had great entertainers, musicians, and vocalists,” remembers Cal Newman, 86, a fiddler who grew up listening to, and later performing as a backup musician on, the Saturday night performance. “A lot of legends used it as a stepping stone to greater things, like Chet Atkins, Mac Wiseman, Reno and Smiley … for some, it became a jumping off place to Nashville and stardom.”