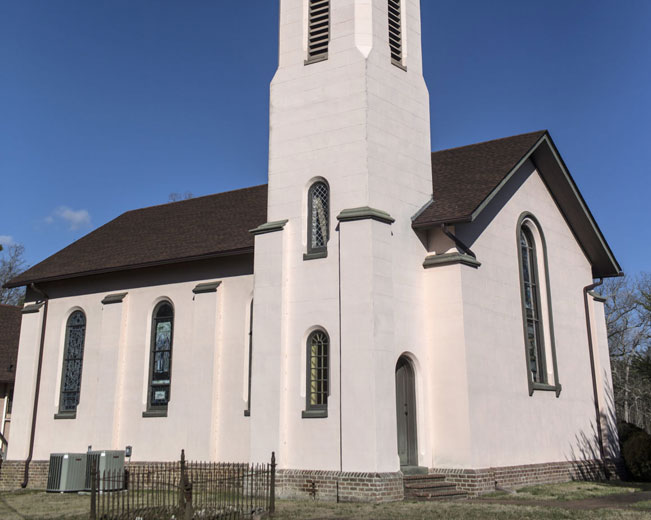 A lot of history resides behind the pink exterior of Martin’s Brandon Episcopal Church.

In a relatively young nation where anything extending back a century or two is lavished with attention and adulation, Martin’s Brandon Church — whose founder literally got off the boat with Captain John Smith at Jamestown — really has something to celebrate, which it will begin doing on Saturday with the first of a series of events that will continue through the year.

“I keep telling (the congregation) we should have a bumper sticker that says, ‘Martin’s Brandon: still in the pink after 400 years,’” the Rev. Eve Butler-Gee, priest-in-charge at the church, said with a laugh.

For the record, the church’s outside walls became pink when the underlying red brick bled through stucco. Now when the church is repainted, the congregation doesn’t bother to fight it, and the color of choice is pink, although in reality, as Butler-Gee put it, “It’s kind of a ‘blush.’”