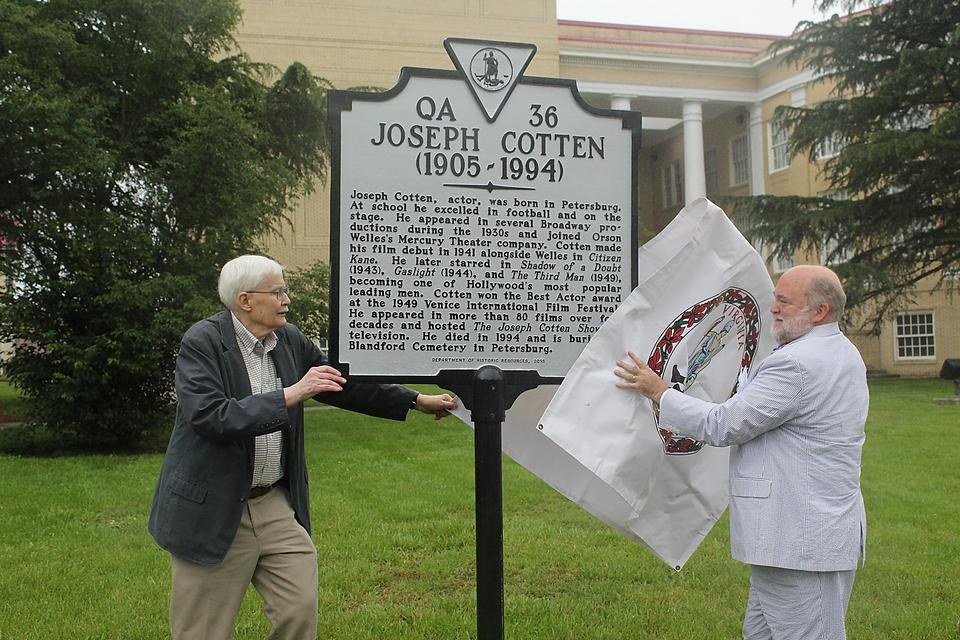 The marker stands on the grounds of the Appomattox Regional Governor’s School for the Arts and Technology on West Washington Street, which was the then-new Petersburg High School when Cotten attended it around 1920. He didn’t graduate – he was more interested in theater and sports than academics – but the building honors Petersburg’s most famous dropout by giving his name to its Joseph Cotten Stage.